Which states in the US utilize payday loans the most?

The Golden State of California boasts more payday loan providers than any other US state, totaling 2,451. But it isn’t to suggest that other states don’t have their strengths. You may quickly locate a payday loan company in any central California City, including Sacramento, Los Angeles, and San Diego.

With 1,675 payday loan companies, Texas is second only to California in the number of such businesses. After Mississippi (1,100) and Tennessee (1,344) on the list. Only five payday loan establishments call Rhode Island home.

We can examine how the typical borrower acts by looking at the loans provided in different states. The average American borrower takes out eight loans each year and pays $510 in interest payments. Even in the states with the most stringent rules, 2.8% of adult residents have used the services of a payday loan in the most recent five years.

What is the Average Number of Monthly Payment Borrowers?

The number of payday loan companies operating in a state expressed as a ratio to the total population is known as the “per capita” figure.

New Mexico has the largest concentration of payday lending companies per capita. There are 40 payday loan businesses per 100,000 residents in New Mexico. South Dakota comes close pursuit at 40.5, followed by Mississippi at 39.

Where Can You Get a Payday Loan Legally?

Payday loans may be a lifesaver for those in a bind, but they’re not without drawbacks. Some governments discourage residents from taking loans by charging exorbitant interest rates and imposing onerous conditions. As a result, their use is banned in several jurisdictions.

California, Illinois, Florida, Louisiana, Ohio, Tennessee, and Texas are just some states that allow these loans.

Additionally, 13 states, such as New York, Arizona, and Virginia, do not permit the issuance of loans inside their borders.

Several jurisdictions permit the issuance of such loans but place restrictions on them. For example, interest rate ceilings exist in the states of Colorado, Montana, New Hampshire, and South Dakota.

How Do I Verify a Lender’s Authenticity?

Before getting a loan from a payday lender, you need to ensure that they have the proper licensing. This will keep you safe!

Lenders of payday loans, in-person or online, should be appropriately licensed by the state where they operate. Both the physical storefront and online presence must display these licenses. You should demand to see the right. A licensed lender will have a copy of their state license available upon request.

If you have any lingering questions or concerns, you may check with the agency that handles financial rules in your state or with an attorney licensed in your state.

If you decide to borrow money with PaydayPact, you can relax knowing that all our lenders are reputable financial institutions that adhere to state and CFPB guidelines.

Does Each State Have Its Own Interest Rate?

Due to variations in legislation from state to state, yes. Payday loans have an average APR of roughly 400% throughout the country. This is ridiculously excessive compared to the national average annual percentage rate on credit cards, which is 16.96%.

There is a wide range of variation from one location to another. This is because, in areas like Montana, where interest rate caps exist, lenders are prohibited from charging rates higher than 75%. However, rates in regions like Texas might be far higher.

Where can you find the highest rates of interest, if anywhere?

The highest annual percentage rates for payday loans in the United States may be found in the states of Nevada, Ohio, Virginia, Utah, Texas, and Idaho, where the rates can go up to over 600 percent.

The average interest rate on a payday loan in Ohio is 667%, making it the highest in the US.

Alternatively, New Mexico and Oregon have the lowest interest rates in the United States, with an average speed of 174% and 150%, respectively.

Places like Maine, Colorado, and Minnesota, which have enacted interest rate caps, have among the nation’s lowest interest rates.

So, what exactly is a payday loan?

Payday loans are very short-term loans with extremely high-interest rates due on the borrower’s next paycheck. Predatory lending at its finest, the APRs on these loans may soar to 600%, requiring borrowers to repay more than they borrowed. Many people end up in a never-ending cycle of debt because they have to take out another loan to cover their existing debt or keep rolling over their current loan, both of which increase their interest payments and principal balance. Payday loans may be obtained either directly from a physical location or online. You need a valid form of identification, proof of income, and a bank account to qualify.

One of the harshest and most detrimental kinds of predatory lending is the payday loan. Borrowers may quickly spiral into deep debt with the typical payday loan, which costs $510 in fees on a $378 loan. Payday loan regulations vary from state to state, so it’s essential to do your research and look into other financing choices first.

Does the state of Ohio allow for payday loans?

Ohio does permit payday loans, but only with certain limits: a maximum loan amount of $1,000, an annual percentage rate limitation of 28%, and a single outstanding loan at any one time.

Does the state of Colorado regulate cash advance loans?

Although payday loans are permitted in Colorado, residents are protected by several consumer safeguards, including a maximum loan amount of $600 and an annual percentage rate (APR) of 35%.

In Illinois, what are the regulations regarding cash advances?

Payday loans in Illinois are capped at $1000 (or 25.4% of total monthly income, whichever is lower), and interest rates cannot exceed 37%. Only 14–120 days are available for loan repayment.

What is a usury law?

Usury legislation limits the interest rates that lenders may charge on loans, preventing them from being unduly high. 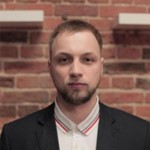 Jeff Gitlen is a graduate of the Alfred Lerner College of Business and Economics at the University of Delaware. Gitlen has spent the past five years writing and researching on personal finance issues which include credit cards, student loans insurance, and other. His writing has been featured in top news publications among them are Bloomberg, CNBC, Forbes along with Market Watch.